This Church, dedicated to the nativity of Mary, is the Mother Church of the City, known as the Cathedral. This is where The Bishop carries out his duties of educating, guiding and presides over his diocese. It is commonly known as Duomo, from the Latin word “domus” , that is, House: the Duomo is in fact the House of God and his faithful.

The area where the Duomo stands was originally the site of two basilicas: Santa Maria Maggiore, the winter cathedral, or Jemale, built during the Carolingian period, on the remains of the Basilica Vetus (III century?), and Santa Tecla (III-IV decade of the IV century), the summer cathedral. The baptistery of San Giovanni alle Fonti (IV century), situated between the two churches, completed this religious complex.

Because of the precarious conditions of the two churches, especially Santa Maria Maggiore, the construction of the Duomo began in 1386 with Archbishop Antonio da Saluzzo as its patron. The population of Milan wanted a new cathedral which corresponded to the Gothic forms of the Po valley using baked clay as their building material.

However, for reasons of political and dynastic prestige, Gian Galeazzo Visconti, the lord of the city, insisted that the Gothic international style be used for the Duomo. This decision meant using a different kind of material. Duke Visconti provided marble from the Candoglia quarries, located above Lake Maggiore.

This marble was transported along the water ways from the quarry to the pond of Santo Stefano, a few 100 metres from the construction site. On October 16, 1387 Gian Galeazzo set up a technical-administrative body to supervise and direct the enormous site: “the Venerable Workshop of the Duomo ”

The Duomo is the result of the mutual work of numerous masters, architects, engineers, sculptors, master builders, simple stone-cutters, Lombards and foreigners, who came to Milan for the construction of the cathedral. This site became a melting pot where culture, experience and different languages blended together giving life to a unanimous expression.

Around 1395 the apsidal area, together with its three large stained glass windows, was completed and in 1404 the first spire, called Carelli, from the name of a generous benefactor, was finished.

During this period the great sculptural production began and the first stained glass windows were created . Within the first two decades of 15th century the choir and the two wings of the transept were completed and the first bays of the central nave were planned. In 1418 Pope Martin V consecrated the high altar.

During the Sforza Age (1450-1500) the difficult problem of erecting the vault of the tiburio (central tower) had to be solved. After having sought the advice of a number of great architects of the time, among whom Francesco di Giorgio Martini, Donato Bramante and Leonardo da Vinci, the dome was begun by Giovanni Antonio Amadeo.

With the arrival of Carlo Borromeo (1565) the Duomo began a phase of liturgic-pastoral revision according to the provisions set down by the Council of Trent. Through the work of Pellegrino Pellegrini, known as Tibaldi, nominated architect of the Venerable Workshop, the interior of the cathedral was redesigned: the presbytery area was given more emphasis with a new tabernacle, a ciborium, pulpits, a wooden choir, organs and a marble choir screen along with the construction of an underground winter chapel and crypt, a new baptistery, side alters and the closure of the transept doors.

The work of transformation and improvement, begun by Carlo, was finished by his cousin Cardinal Federico Borromeo. When the longitudinal body of the church had been completed the façade was begun. It was constructed according to the plans of a Romanesque design, that is according to a classic late Renaissance style designed by Tibaldi.

Following the realization of the portals and the first level of windows the construction was interrupted. For the canonization of San Carlo, Cardinal Federico Borromeo ordered a series of commemorative paintings depicting the life and miracles of the great Borromeo (these paintings are put on display in the Cathedral during San Carlo’s feast day), and transformed the crypt into a “scurolo” to preserve his body.

Between 1765 and 1769 Francesco Croce erected the central spire which was shortly after completed by the gilded statue of the Madonnina (little Madonna). It was Napoleon Bonaparte who had the façade completed in 1813 in conformity with the original Gothic style, however respecting what had been already built at the beginning of the 17th century.

The covering of the cathedral was also completed in this century, along with its terraces and about 1800 statues of saints erected on the new spires and on the sides. The Unification of Italy changed the environmental context of the Duomo: the great piazza was opened between 1865 and 1874.

The erection of the five bronze portals during the past century marked the completion of the Duomo and after the II World War bombings, “ the Venerable Workshop” began a new activity: that of its static-preservative restoration. Of particular importance is the static restoration of the piers of the tiburio (1984) and the liturgical adaptation of the presbytery to the canons of the Second Vatican Council (1986). 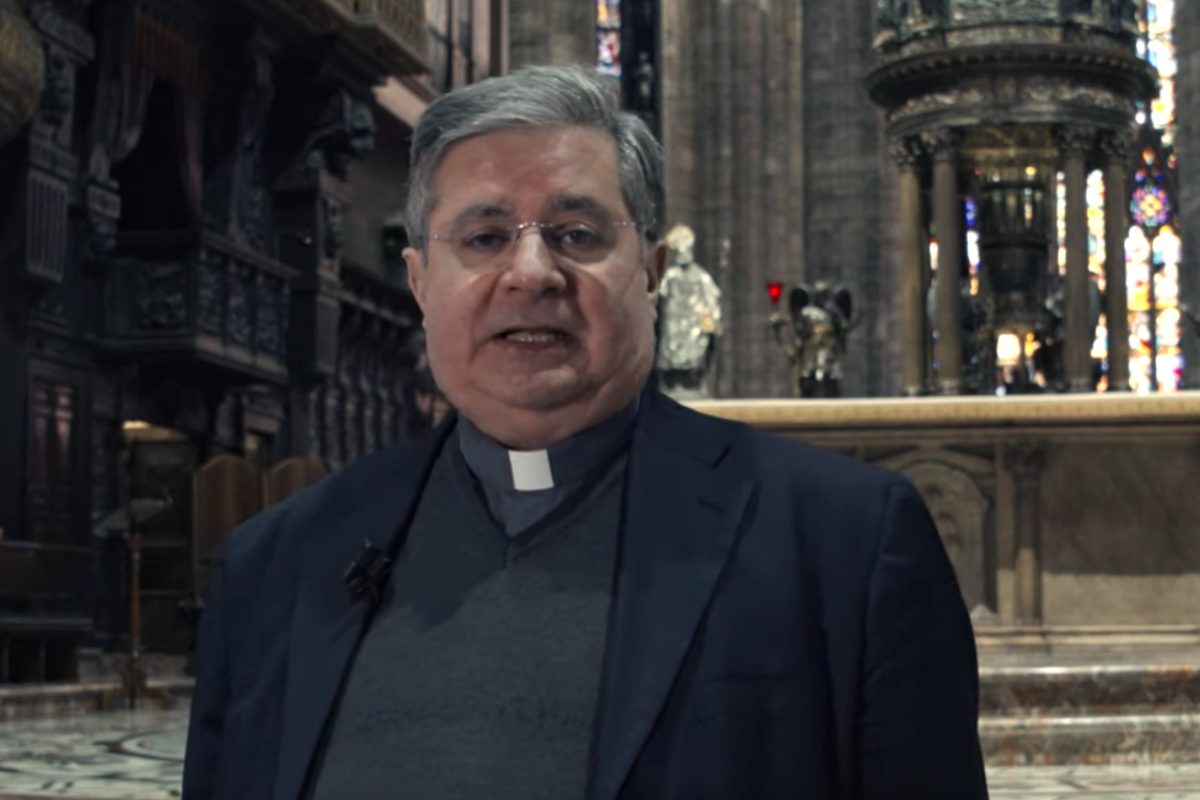